Like the Eiffel Tower, Lord of the Rings, The Internet, awesome cars, Disney World, Chocolate Ganache Cake, Toothpicks, movies and music, Toilet Paper, the iPhone, Google, Facebook, Amazon’s Cloud service (which btw was created by South Africans)… Rockets and gadgets that have allowed us to see the depths of the sea and the expanse of the universe beyond earth…

Dreamers are responsible for every man-made thing that has ever existed or will ever exist.

Some of their creations seem mundane, others are spectacular… and yet each realisation of a wonderful dream makes the world go round that much sweeter.

So you can imagine my elation when I had yet another opportunity to interview self-proclaimed Dreamer Alan Knot-Craig III for our Dream BIG TV Show.

Most know him as Alan Knot-Craig Jr- but he set the record straight regarding his title in his book Mobinomics. 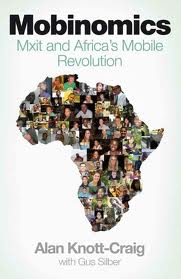 I met Alan for the first time last year during an interview for his book.

I was an anchor at CNBC Africa at the time.

Alan walked into studio wearing a leather jacket with an air about him like he’d just jumped off a plane to perform at a rock and roll concert- he was that suave. 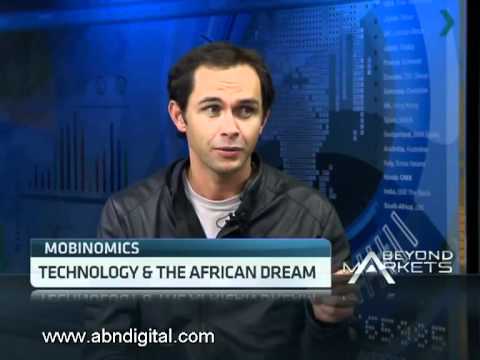 Our interview was short- and when it was over I couldn’t help but feel that I had been in the presence of a crazy yet profound visionary. My brief time with him was inspiring.  We couldn’t have chatted for more than several minutes and yet in that short time he’d imparted to me an insane drive to go. Go do something great. Go do something awesome. GO GO GO.

One thing Alan said during our interview stuck with me.

I’d asked him about what a struggling entrepreneur should do to be successful.

He said “Quit your job.”

He went on to say how when all options were stripped away one had no choice but to make their venture work.

What Alan didn’t know at the time was that the “entrepreneur” I was asking about was actually me.

I’d a dream that was tugging at me.

I couldn’t see it too clearly but I knew it was there.

I’d been trying to run but there it was at every corner- beckoning, bidding me to run with it- telling me that if I’d just have the courage to jump it would show me beauty I’d never even imagined.

Before I’d met Alan I’d realised that I needed to follow the path my heart so desperately wanted to embark on.

I knew that dreams too got tired. And after doing all they could to be realised sometimes they’d slumber out of sheer exhaustion and give up ever coming to life again.

But I was fortunate to come across some pretty compelling dreamers who nudged me to the edge of my run-of-the-mill life. Alan was among those who did the final nudging and helped me take the plunge.

It’s been almost a year since that jump. A short while ago I had the great pleasure of interviewing Alan again- this time for my Dream BIG TV Show.

Alan was a tad more subdued this time. Much had happened in his life over the past year.

But there was something about the way he spoke that revealed a depth of gratitude, wisdom and realisation that only comes from going through something deep and wide.

There’s something brave and courageous and audacious about Alan that makes you want to conquer your own fears and do something spectacular.

During my time as a journalist I have interviewed, literally, hundreds of people. Few have had as much an impact on me as Alan has.

I don’t know him nor pretend to have an idea of who he is. I can only speak of how I’ve felt dared to Dream BIG around him.

With all the people I’ve met I’m yet to come across another person who loves and believes in South Africa and South Africans as much as Alan does.

If could live in any country in the world I’d love to live in the South Africa Alan speaks of.

It’s one where people are creative and great. Generous and innovative. Pioneering and visionary.

Alan’s started a new project he describes as “a little rocket ship.”

Find out where he’s going with it by watching my discussion with him here.