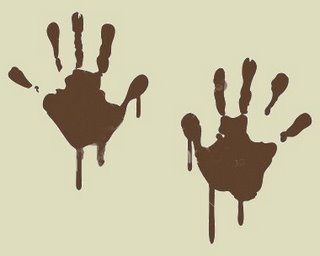 So the other day I’m just soaking in Daddy’s adoration of me. And I get these two words: “Messy Love”. I LOVE them!!!

I think of Daddy God and I realise how wrong that picture I’d had of Him all this time was- You know the one where He’s “seated on the Throne” dressed in all white- everything around Him is white- the temperature around Him is a cool breeze and there’s a breath of angel choirs humming in the background- and He’s distant- very distant.

Every now and then He peaks over at You- mostly judgingly- usually with a checklist in hand of stuff you’ve done, are doing or are even thinking of doing. And He’s NOT impressed!

It doesn’t take much to make Him mad- and He’s quick with a bolt of lightening to zap you when you get out of line- because He is STRICT and DOES NOT tolerate silliness!!!!!!

He doesn’t smile- or laugh- because running the world and a bunch of wild sinners is SERIOUS business! No time for jokes!

That’s the image I’d had of Him for way too long-Then I begin to discover- and soak- and wake up to who He really is. And He begins to declare things in my heart like: “Messy Love”. And I get it instantly! Because we’re on this journey Me and Him and He wants me to know that His Love is not clinical like I’ve pictured it- it’s Messy- SO messy! Like my son’s yucky mouth when he gorges on mulberries- like my daughter’s muddy face when I’ve let her outside too long-

He laughs. A lot!

His hands are guey from glue of His kids’ sticky messes, and snot and big fat tears- and He doesn’t yell to the angels for wet wipes to clean them- No, He wipes our faces with His BIG beautiful hands Himself- and He sings to us and hushes us to sleep, saying over and over, “It’s OK baby, this too shall pass.”

He has bruises on His arms and hands from His babies grasping at Him too hard- tugging at Him- clambering, holding too tight when they realise they have no one else but Him- it’s not always pretty but He grabs them back just as hard because there’s healing in His embrace- and He pours it out- without reserve- holding NOTHING back-

Oh His LOVE is SOOOOOOOOOO MESSY!

It’s BIG fat thorns stuck in His Son’s Head, it’s flesh ripping whips on His Beloved’s back, it’s rusty, disgusting, nails in beautiful hands that did nothing but Love Love Love-

Daddy’s Love is messy- ground dirty- grave dirty- tombstone eery- the kind that isn’t phased by the terror of Hell and willingly went there- because His Love is not clinical it’s utterly, absolutely, messy.

Oh how I love that He loves me with this kind of Love. It’s soft and it’s mushy, yet ferocious, fierce and anything BUT timid!

It will fight for me no matter what because it doesn’t mind getting LOW down and DIRTY!

That’s how He loves me.

That’s how He loves you.