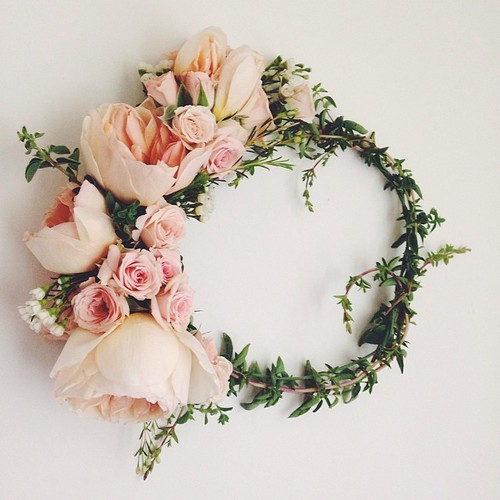 I rarely share visions I have on this blog- but this one I wanted to.

I saw people worshiping God- all were wearing a fresh crown of flowers.

As each person went before God they took off their crowns in worship and gave it to Him- He in turn would plant each crown and as He did they instantly grew into flower bushes.

I felt I understood what Daddy God was saying to me through this vision.

As time’s passed since I saw the vision I’ve felt Him repeating one line over and over about this picture: Pretty, but… dead.

The moment a flower is plucked it’s dead. It may seem “fresh” for a while- but it’s only a matter of time until it withers completely.

I felt Daddy saying, flower crowns are pretty- so pretty- but they’re dead.

I think back on the vision and remember that the act of worship the people I saw made was give God their pretty but dead crowns. God in turn took those dead things and gave them life and they grew.

Whatever you’re holding onto that’s pretty- but dead- give it to Daddy. Isn’t it amazing that in the picture God was showing me that what He saw as worship was giving Him things we needed restored?

This is how I’m coming to know Him- even our giving to God our “gifts” are actually gifts He gives real life, makes bigger then gives back to us.

Do you want a pretty crown of dead of flowers- or do you want an entire garden of live, growing beauties?

It doesn’t matter how pretty it looks- if it’s dead it’s dead. But Daddy wants to give it life again- whatever it is for you.