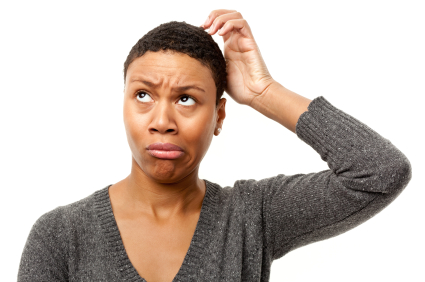 Are You Phenomenal? Take this Test…

And I bet you TONS of people would click on such a link to take a test that would tell them whether they were “phenomenal” or not. And that’s sad.

I know I’ve taken countless such tests- in various ways.

“How smart are you…” “Are you cut out to be an entrepreneur” “5 ways to know you’re on the right path”  Those tests are endless!

They come to us in the form of “fun” online quizzes. They come in the form of others measuring us up and subtly telling us we don’t quite measure up. The worst tests though are those we set for ourselves: “Am I good enough?” “Am I worthy?” “Am I still beautiful?”

Worse still, we score ourselves without even taking the tests with damning statements such as: “I’m SUCH a loser!” “Why can’t I be more like…” “When will I ever learn!” “Why am I such a failure!”

I’ve been asked to speak at an event themed Phenomenal Women later this month. (August 29 to be exact 🙂 ).

As I pondered about what I’d speak on I thought I’d give a talk on ‘What makes a phenomenal Woman’. Then I thought- What an arrogant talk that would be!

Who on earth has the authority to speak on what defines a phenomenal woman?

Each of us describes phenomenal according to the way we experience life.

For one person phenomenal might be a woman who beats all the odds and becomes an astrophysicist who makes some tremendous breakthrough that changes life as we know it- and wins a Nobel Peace Prize!

For others phenomenal could be a parent who sacrificed all they could to raise their children the best way they knew how.

Who’s to say one is less than the other?

2015 has been a year I believe God’s called me out on the tests I keep submitting myself to. And as is the nature of these ‘self’tests’ I kept falling short.

I work as branding coach and have the privilege of working from home.

When my journey as a mom started man was I in my element!

I made drastic changes that included leaving my job and reinventing how I wanted to brand myself.

But as time passed I took my eyes off my own goal and instead begun measuring myself against other women.

I wanted to be like one of my mentors who’d built a multi-million dollar business while homeschooling all three of her children.

I wanted to be like some of my friends who had robust, full-time, careers yet somehow managed to still be hugely present in their children’s lives.

I wanted to be like all those women- at the same time! Having it all! And boy did I try to be them. And boy did I crash and burn! Like completely.

I ended up in a pit of utter paralysis.

Every morning I’d wake up with this statement banging hard against my skull: “I’m a loser and I’ll never amount to anything!”

Yes that was me. Super inspired and inspiring me.

I’d reached the bottom of bottom and I didn’t know how to get out. Because in all that “testing”… I’d lost myself. Who I was. And what I believed- for me.

In all of this what have I learned? That every woman walking this earth is phenomenal.

It’s how we’re designed. Nothing we do can take away or add to our phenomenalness. The only difference is that some women manifest the phenomenal in them and others don’t.

I believe that those that don’t- don’t because of certain things that may have happened to break their spirit. That breaking made them believe the lie that they weren’t much- let alone phenomenal.

I could write an entire book on just that.

So for my Phenomenal Women talk on August 29, I wont’ dare be so arrogant as to suggest that there are certain criteria to qualify us as ‘phenomenal women’. No such criteria exist! Those that believe they do- please! Stop taking those darned tests!

What I will be speaking on come August 29 is Releasing the phenomenal we are.

I can’t wait to share some of what I’ve learned and experienced on my journey.

I know that what I’ll be sharing will be liberating for many.

It’ll shine a light on who we truly are and how we can manifest that in our every day… and ultimately our lives.

It’s an honour that Events by M.E. (the POW, all-female, company that’s hosting the Phenomenal Women occasion) thought to invite me as one of their speakers. They’re releasing their inner phenomenal in connecting women like this.

I know it’s going to be an event that goes beyond motivational. It’ll draw out of us the kind of women who trash those silly tests that cause us to question how incredible we truly are.

Visit eventsbyme.co.za to book your seat. There are only a few days left!

P.S. There are beautiful discounts for young phenomenal women aged 14-18. Bring your daughters, little sisters and other young women who need to be reminded now how awesome they are. eventsbyme.co.za