I’ve been dreading writing this post- but after meeting far too many pining women wanting to get married- I just gotta say something!

A while ago I posted Tracy McMillan’s brilliant  and very popular, Why You’re not Married  article on my Facebook Page.

Some of my FB friends found Tracy a wee bit too harsh and rather crass- Others cyber high-fived her piece (especially single ladies).

I found Tracy’s article raw. It made me cringe a couple of times- but if I’m honest she shared some things I’ve observed to be pretty darn accurate.

I read the article to my husband and he said it was spot on! Coming from a guy that’s something worth considering!

Tracy’s article is definitely (!) worth a read and can be found here. 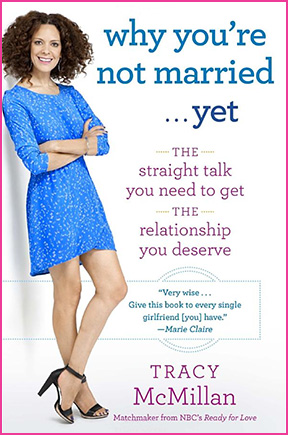 The “getting married” subject has been on my mind for a long time.

I’ve come across lovely, beautiful, women who share with me what they don’t tell the men they love: That they want to get married!

Sometimes the guys are wonderful men who may just need a nudge- other times I want to shake some women and yell: “Run Girl Run! This guy’s going to destroy you!”

I don’t know much about the generics of getting a guy to marry you so I’ll share my own personal experience.

I believe the number one reason women who want to get married don’t is because of what therapist Dr Robin Smith calls Lies At The Altar.

In the Book Dr Smith writes:

“Let me begin with the truth. I have known what it is to live a lie — to want so badly to keep a relationship that I made myself invisible. I have known the exhaustion of trying to hold up a facade that has no foundation… I would like to spare the pain of every woman who fears that she can have love only if she erases her needs and makes herself small. I would like to shout it from the rooftops and mountain peaks that truth is better, warmer, stronger. It is the only way to have a great marriage or a great relationship.”

I know I’m talking about being open with our significant others about wanting to get married- but I had to include another excerpt from Dr Smith. I include it because where does the hiding what you want and need stop?  Describing a toxic relationship she once had, Dr Smith writes:

“Being with this man almost killed me — almost crushed my bright and resilient spirit and tampered with my sturdy and robust mind. He wanted to rob me of my very essence, and for a long time I let him. Where was I in my life that I could have devoted so much time, energy, and effort to a man who neither honored nor valued me? How had I, a highly trained professional with what I thought were nearly flawless intuitive skills, become involved with such an impostor?” 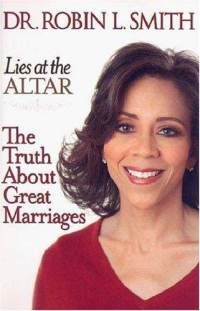 I’ve been with men who made me feel worthless. I held onto them because I had some twisted belief that having them, no matter how rubbish it was, was better than having no one. NOTHING could be further from the truth.

Maybe I was  a little pushy about wanting to get married… looking back though I don’t regret playing open cards with my guy and being upfront about what I wanted.

I met a woman a few of weeks ago who’d been engaged to her man for a while. Their wedding date however was nowhere in sight.

Nosy me asked the chic: “Girl do you want to get married?”

“Then you gotta tell your guy!”

She looked at me as though I’d cussed.

There are times I get the sense from some women that it’s beneath them to tell their men that they want to be married- not just dating- not indefinitely engaged but married!

As this woman and I spoke it was evident that for her the engagement was not enough. From what she was sharing with me it seemed to be dragging on for too long.

Her and her man were working on having a baby- living together too but as for getting married, that did not seem to be a priority- well at least not for the guy.

But I didn’t blame him because she was not speaking up!

Why would folks plan to marry, do absolutely everything married people do, including start a family, but not actually get married?

It boggles the mind.

On one hand I blame the ridiculous idea that weddings should be grand and a family’s event of the generation… People are so hung up on having a “dream” wedding that they forfeit the incredible power of being part of, perhaps, the most potent force humans could tap into: the actual marriage. 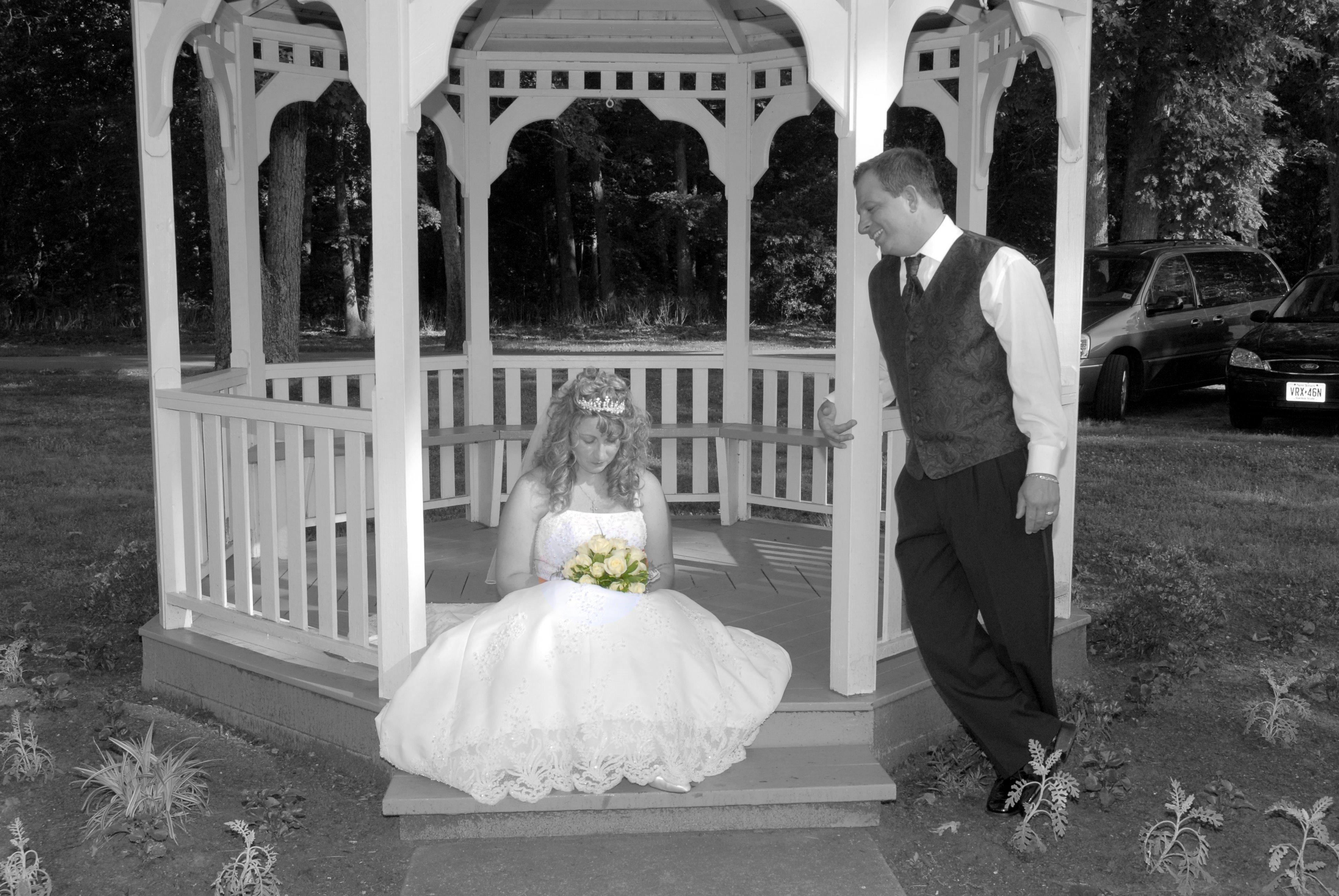 I’m all for beautiful weddings. Getting married is  a big deal. It’s bliss to celebrate it with as much pizzazz as couples can afford- but it’s sad when the pursuit of glam and grand takes precedence over the importance of the actual being  married.

On other hand I blame the very warped and twisted culture that fails to value marriage as it should- and finally I blame the sometimes unfair expectations some families have when it comes to the “Lobola” tradition.

I’ve come across guys who want to marry their girl- but they battle to raise the money they need to pay for lobola.

This story, no matter how many times I hear it, baffles me every time.

At the risk of being burned at the stake I have to ask what message families send when they delay their children being properly married in order to fulfill tradition?

While the waiting is happening the young couple, madly in love live together- start breeding… it’s no wonder our marriages fall apart as quickly as they do- we’re sent the message that marriage doesn’t matter that much.

Perhaps the even more concerning question is what message are we sending our children?

What a tragedy that we’ve been taught that getting married is a “nice” thing to do- if we have the money! 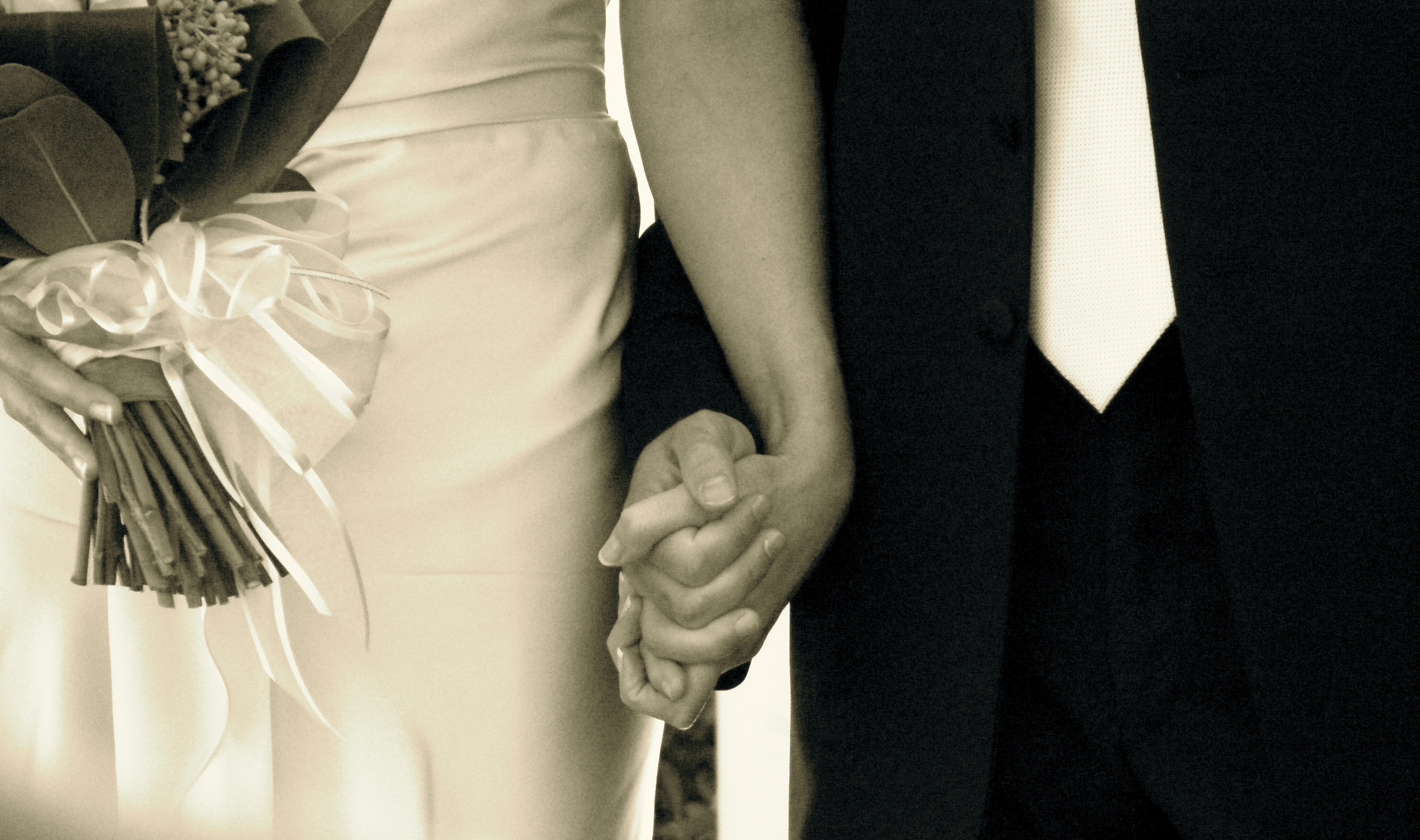 I tried living with my guy before we got married.

My mom flew in like a hawk and swore it’d be over her dead body that her daughter would live with a man she wasn’t married to!

I did want to get married. But I also didn’t. Because most of my life I’d seen the very ugly side of people’s married lives- I didn’t want to experience that kind of pain.

Heads-up to people who may think like I did: Not getting married does not prevent that kind of pain. Love hurts sometimes. No matter what package it comes in.

I knew my parents were right.

In my hearts of hearts I didn’t want to live with a man I wasn’t married to.

I didn’t want to send the message to the children we’d have that marriage didn’t really  matter.

Despite the terrible and unhappy marriages I’d seen- truth was I still wanted to give it a bash.

I wanted to be a Mrs.

I wanted my kids to know Mom and Dad were married. That was the kind of family and love I wanted for myself. It was the model I wanted to pass on to my babies. And I told my Guy so.

We’d been close friends for a long time. I knew enough to believe he was the  one I wanted to spend my life with. He was definitely the man I wanted to be the father of my children.

Here’s the point: My guy was not keen on getting married. At first he was- then he wasn’t…  I was having none of that. I told him if he didn’t “know me” after almost a year of being my friend- then when exactly was he going to? He proposed.

Then he wanted a long engagement- I was having none of that either!

I told him, “I’m not one for long engagements- if you want to marry me- marry me!”

And that was that.

I felt I was worth marrying. I needed him to honour that.

We dated a few months- were engaged for an even shorter time- the rest is, as they say, history.

Call it pushy but I got what my heart yearned for. And I got the family I wanted.

Marriage is hard. I’m yet to meet a person who thinks it’s a walk in the park.

It turns you inside out. At times it brings out monsters that give you nightmares!

But I’ve found marriage to be one of the most rewarding and amazing relationships that can happen between two people.

From my own experience I believe it’s perhaps the most powerful ingredient to living a fulfilled and purpose driven life. Especially if it’s centred on Jesus.

It saddens me the amount of women I meet who want their guy to marry them and yet they don’t voice this desire.

I can hear their desperate longing and anguish.

Ladies you have got to take responsibility for the delay- you cannot pin it on the guy alone.

I battle to understand how anyone can allow another person to dictate this most precious part of their lives?

If you want to get married why allow that to be kept from you?

My very strong sentiment is that we’ve got to stop living backwards.

We cannot begin building a life with someone- start procreating and yet leave out the most fundamental component of family: marriage between the two people starting the clan!

There’s a huge difference between being a girlfriend, a fianceé and a wife. The fact that we’ve been led to believe that this is not true is such a shame.

Most women I’ve met want to get married. Few things tell a woman she’s loved more than marrying her.

So how do you get the love you want? You ask for it.

Being honest about what you want doesn’t make you needy or desperate. It makes you truthful.

I believe that a man whose intentions are honourable will marry the woman he loves. A man who does not want to get married, most probably, won’t no matter what the girl does.

We have to own that we often get what we ask for.

If we send the message that we “don’t mind” not being married- well guess what it’ll probably remain that way.

We cannot hide what we really want and then resent our significant other for not fulfilling the things we’re not saying!

Women, in particular, are taught that being open about their desire to get married scares guys off- yeah it will scare some guys off- the ones who don’t want to get married! 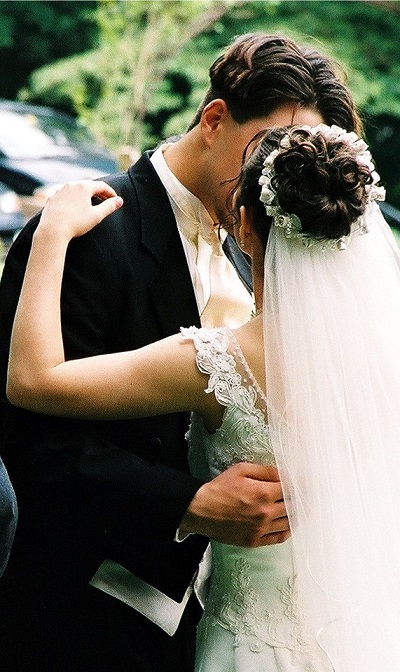 If you want to get married say so.

Often the reason we’re hurting is because we’re lying.

If you want to get married believe you’re wonderful and valuable enough for a man to make you his wife.

As long as you’re “okay” with just going along until “one day” someone decides  to marry you- chances are you’ll probably be waiting a long time.

Hannah Viviers is the Creator and Host of the Dream BIG TV Show.