A few years ago (we won’t say how many) I married a guy whose presence made me feel everything would be alright. 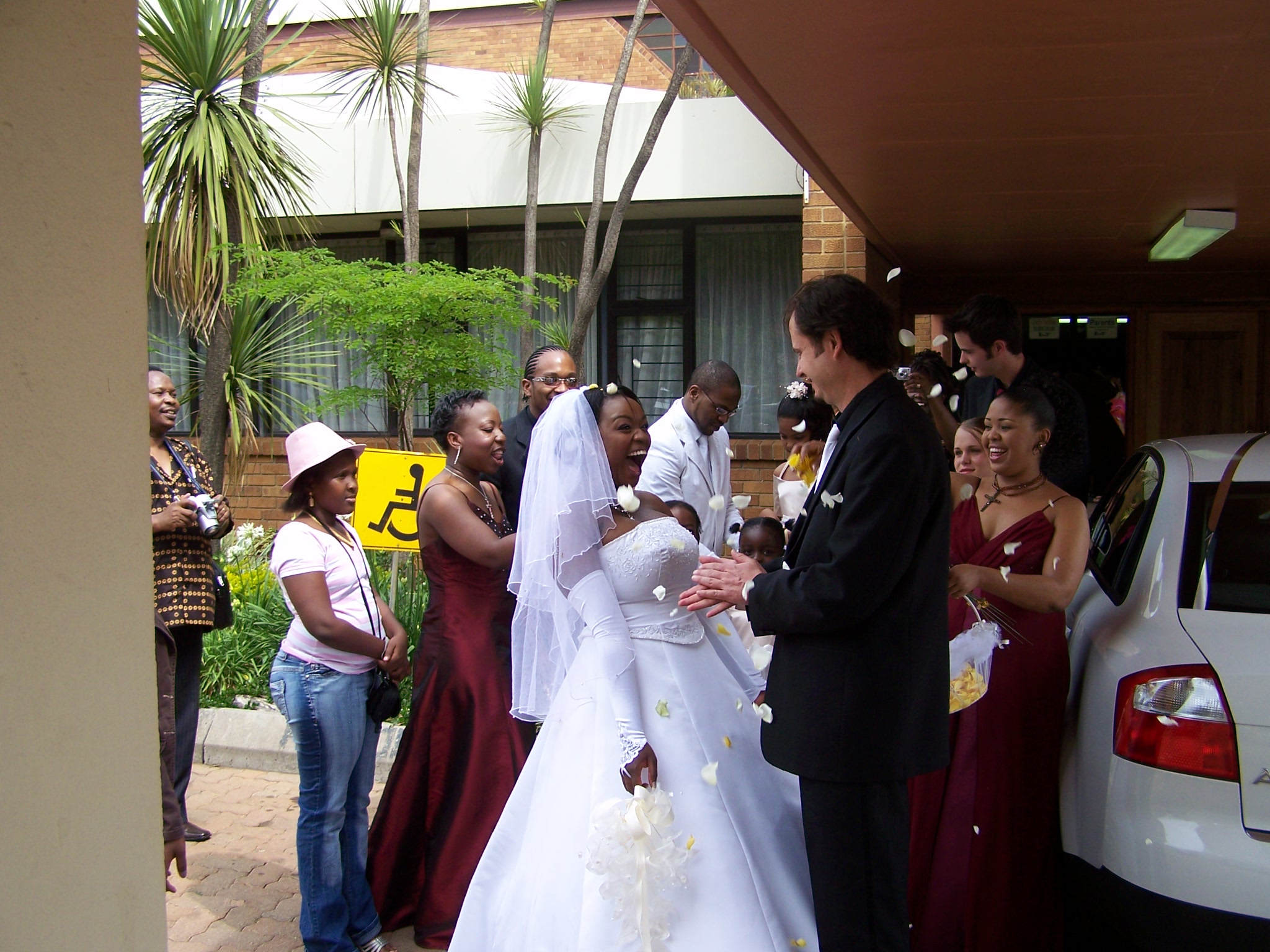 I think, if most of us are honest, this thought crosses our minds every now and then.

I’ve been asked a few times how I knew my husband was the guy I wanted to spend my life with.

Two things things, nay three, stand out about why I married him.

The first happened, one day, before we started dating.

We had just become friends and enjoyed each other’s company insanely. I was having a really terrible day and then… and then he walked into the room.

When I saw him it was almost as though the weight of the world I’d been struggling under just lifted. I saw him walk into the room and, without him saying one word to me, I felt everything was going to be OK.

The second happened the first time I ever appeared on TV.

Unless you’ve known me all my life it would be hard to describe to you what it meant to me to appear on TV that first time!

Ever since I was a little girl I had dreamed of being on TV.

I had wished for it, envisioned it, worked toward it, done so much to achieve my dream and yet when it finally happened it felt so… empty. Because he wasn’t there to share it with me.

I don’t know how to put into words what that felt like.

At first, after my first broadcast, I didn’t think his absence bothered me.

As I returned to my office it sunk in how lonely the most incredible achievement in my career had been without him to share it with.

So I phoned him. The moment I heard his voice I burst into tears.

There were some very dear people who had helped me achieve this dream- and yet this man I barely knew, and had only been in my life a few months, had made such an impact on me that it seemed as though my whole life would be futile without him to share it with.

The third happened as I pondered a life with him. He’d been married before, had a son, and those terrified me.

I was 24 at the time. I barely knew what life was about and it scared me to start out life with someone who seemed as though they’d already had a life… would there be anything left for me if I came into the picture now?

With all my doubts and reservations if there was anything I knew for sure it was how much this guy loved his son.

I remember once he was asked who would be the one person he would take a bullet for. Without thinking he replied: “My son.”

Until then, never had I met a man who loved his son more passionately than this guy.

In fact looking back I remembered that at our very first, proper, conversation he told me of his son.

So when I began to consider the reasons why this guy was probably the  guy for me, one of them was, I knew that by saying yes to him I was saying yes to an awesome father for the children I’d have one day.

…fast forward to several years later: The three (main) things that compelled me to say yes to him have proved to be true.

For the most part, he does lift the weight of the world off my shoulders. To this day he walks into a room and I feel that everything will be ok.

He has a way of making me believe in me when I’d rather give it all up and sink to mediocrity or even less.

He lifts me up when the world beats me down and when others criticise me- he steps in to defend me and reminds me of the incredible person he sees in me.

I have achieved many things since that day I first appeared on TV. And yet with each achievement I’ve felt more blessed to be loved and wanted by him than the things I’ve achieved.

He’s cheered me on when I haven’t felt reason to cheer.

He’s encouraged me at times I’ve just wanted to curl up in his arms and wish the world away.

The third thing is perhaps what I love most about him: He is an awesome, generous, insightful father to my children. Together with my love for them, I don’t think I could have given my children a better start to life than such an amazing dad.

No marriage is perfect. And I wish I could share the depth of my heart to every woman when I say that no man is perfect.

The lives we see of others are almost like a movie: A movie is a snippet of all the work and slog that happened for months, sometimes years.

We get to watch the finished product. Enjoy it. Or not. Give our opinion on it (sometimes). And then we move on to the next piece of entertainment.

For most of us, hardly ever, do we fully comprehend what really goes into making a movie.

We don’t know the full story of how it came to be. How the originator of the movie concept birthed the idea. How he brought it to life. Where the funds came from to make it happen. The insane time constraints and brutal deadlines… The hundreds of people that worked day and night to turn an idea into something the rest of us could watch… it’s hard to fully grasp all the toil that goes into it.

And yet when we see the movie, we view it in one sitting- and then as soon as it started it’s over.

Often the marriages we come across are like that. We have no idea what other couples are going through.

What I’m trying to say here friends is: don’t envy what you’re not in.

That girl’s husband may look like the best thing ever and you might even compare your husband to him- but you have no idea what goes on behind the scenes.

I’m not saying that guy isn’t great but what I am saying is that what you see is a mere snippet of an entire existence. Focus on your own guy instead.

I heard someone say when we women look for a husband we should look for someone who is merciful, gracious and kind.

I heard this just the other day and looking at my guy he is those three things to me.

And here I must say that somehow, with all my mistakes and shortcomings, God’s grace still provided a man for me who was gracious, merciful and kind.

Yesterday I watched a teaching from Joseph Prince on marriage.

Ladies a good man is worth waiting for. There is no such thing as a perfect man. But don’t believe the lie that there are no good men.

Growing up what I saw of marriage made it extremely unattractive.

So much so that by the time I was getting married I didn’t believe in marriage vows. I’d seen way too many people violate them.

In my late teens I was pretty vocal about how much I didn’t want to get married because of what I’d seen of marriage.

One of my uncles sat me down one day and told me that despite all I’d seen wrong of some marriages God’s grace was sufficient for me.

He went on to say that the things I’d observed that repulsed me about some marriages didn’t have to happen to me.

Back then I didn’t believe what he said. Now I wish I had because I would have saved myself from some really bad encounters.

I can honestly say being married has been one of the most challenging paths I’ve walked. But it’s also blessed me in ways I never thought possible.

This post is not about putting band aids on rotting wounds- I really do pray for Godly discernment as you read this so that you can hear my heart and what I’m trying to share.

And so I leave you with this:

The other day something spectacular happened.

My husband and I were in our kitchen having tea.

It was a normal day.

My husband told me that he used to want to dig for gold. He shared how at some point he believed he would discover the Kruger millions. And then he looked at me and said, he didn’t have to look for gold anymore because it was right in front of him. Me!

He told me I was solid gold through and through!

At first I didn’t think I’d heard him correctly. Me? Gold? He thought that of me!?!?

But eventually his words sunk into me and made a home in my core.

I carry these things in my heart because they matter. Because these moments make life worth living. Because marriage isn’t always easy but boy can it be pretty spectacular.

He told me I was gold. Through and through!  I’ll never forget it.

And perhaps this has now become main reason number four of why I said Yes to him!