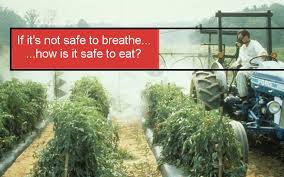 It’s one of the most important fights of our time: the right to healthy food.

In a reveal all series about how GMOs are wrecking our health, causing  deadly illnesses and a whole of filth that’s been hidden from us, watch GMOs Revealed.

It will shock You. It will infuriate You. It will make you sick to your stomach what’s been done to us and our children.

It’s one of the greatest evils of our age.

According to anti GM Group LabelGMFoods.Org.Za:

“Genetically Modified (GM) food is produced artificially by a technological process (known as modern biotechnology). Genes are taken from unrelated species such as viruses or bacteria and inserted into food crops. The major GM crops grown world-wide are maize, soybean, canola and cotton.”

What should make us MAD is that many countries around the world have banned gmos. But in South Africa our Government has actually allowed our staple foods, such as maize, to be genetically modified!

How many people in this country depend on maize meal for their daily sustenance?

What we need to know is that with every mouthful of GM pap or porridge we eat we’re being poisoned. Daily.

Imagine what it’s doing to our children!

The only way we can stop this disaster is to arm ourselves with knowledge and fight for our right to healthy food.

We are running out of time- fast.